Posted on January 22, 2020 by gregscortinagt

When I got round to my indicators I could see that they were in pretty poor shape. One of the indicators had a damaged globe holder and both of them had extremely perished rubber caps at the back, with wires that had been butchered over the years. I came to the conclusion that the best course of action would be to try and find some new globe holders. That set of a chain of hours of searching to find some new holders that could be adapted to fit the existing indicators. I finally settled on some Narva replacements that use the same globe as original. The indicators were stripped down, cleaned up, given a coat of new white paint and reassembled. I departed slightly from the original wiring by running an earth back to the central earth point for all lights. In hindsight I would have liked to have the indicators re-plated but it wasn’t worth getting just these two pieces done and at the time I had other items plated I wasn’t considering re-building the indicators. For the main wiring loom the new relays and fuses have been test fit to go under the battery tray. They should be out of sight but easily accessible if required. I finally finished most of the main loom. I took it off the board and test fit it into the car so that I could finish off the last couple of things. The fuse holders have been mounted high up under the passenger side of the dash. Again, accessible but out of sight. The 12 volt socket will be mounted on the under dash tray at the back and the electric washer pump has been fit off with connections soldered on. I still need to mount it up as I’m trying to find somewhere close to where the tubes come into the car without drilling holes into the firewall. 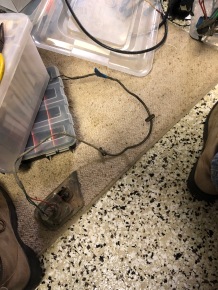 The original bulb holders were removed.

Once removed everything was given a tidy up. 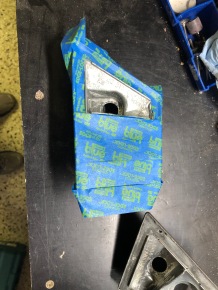 Masked up ready to repaint the white. 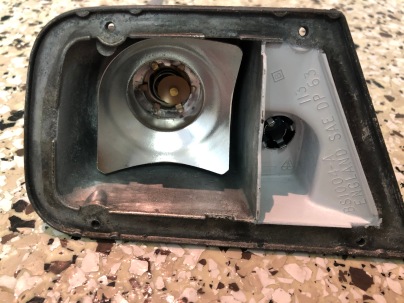 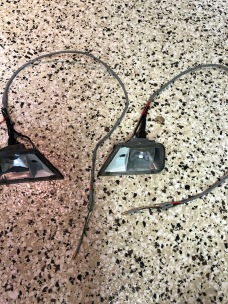 New wires were soldered on in the correct trace colours. 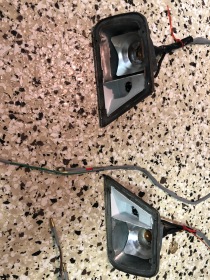 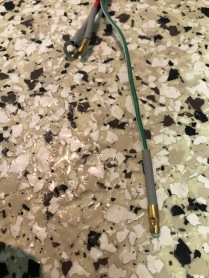 New fittings were soldered on. 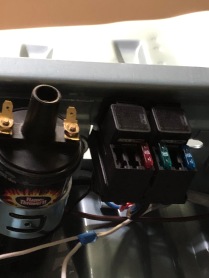 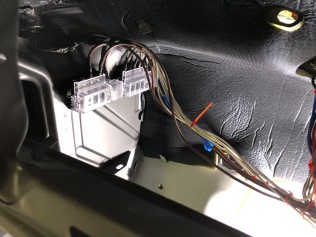 New fuse holders installed. Next step will be to clean and re-wrap the entire loom. 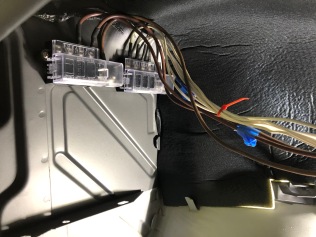 The fuse holders sit just above where the kickboard finishes.

This entry was posted in Electrical and tagged Electrical, Fuses, Lights, Relays. Bookmark the permalink.