Stripped the front quarter and about half the rear quarter. Found a few more old repairs and some more light rust that was under where the tuckers rivets go through the bodywork for the trim. Quite a lot of this rust was not visible so glad I’m going back to bare metal otherwise I would have had some nasty surprises in years to come. 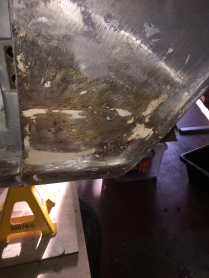 Has had a rust repair in the past. 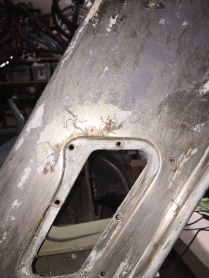 A little bit of rust under the original paint.

Rear driver’s side quarter had some filler near the tail light and also near the door.

Original primer but you can see the rust around where the tucker’s rivets.

This entry was posted in Bodywork and tagged Bodywork. Bookmark the permalink.