Posted on November 19, 2019 by gregscortinagt

Haven’t updated in a while but have been putting a lot of time into re-wiring the car. Sometime in its life the rear wiring loom had been replaced with 5 core trailer wire. Did the job but I decided to build a new rear loom with the factory trace colours (unfortunately forgot to take photos). I also decided to wire in a fuse box and replace any crispy/damaged wires. The car will also be changed to negative earth to run the electronic ignition and install an alternator. Headlights to be run on relays. A 12v power socket will be installed under the dash and I need to wire in the electric washer pump that replace the original hand operated pump. Sitting against the backdrop of all of this is the desire to keep it looking pretty much original. Lots of work but very satisfying and hopefully will be finished soon so that I can move onto installing all of the suspension.

Alternator wires were looking a bit crispy. These will be replaced. 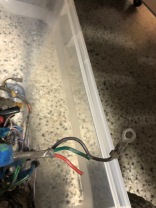 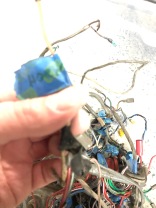 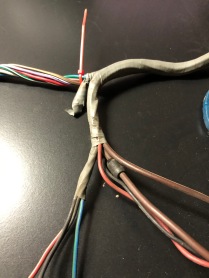 Stripping off the loom tape revealed that most of the original wiring under the tape was in excellent condition. 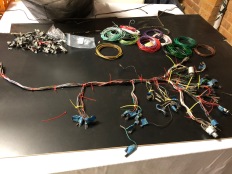 The main under dash harness was stripped and attached to a board. New wire to match the original trace colours was sourced from the UK. 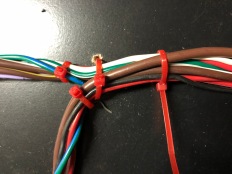 All the joins were cable tied in the correct positions on the board.

The new fuse box was attached to the board in a position that would allow fitment in the passenger footwell. I originally purchased a very simple 8 fuse box but have since replaced it with a couple of common bus 4 fuse boxes. These are much neater and have less connections. Less connections means that less can fall out/go wrong.

In the original wiring loom nearly everything goes through the ignition switch. There were quite a few crispy wires in this area and the headlight switches had been changed and re-wired. I re-wired them back to original and all the power wires now run from the fuse box, not the ignition.

Any wires that needed to be replaced were stripped, joined, soldered and covered in heatshrink.

The plan is to keep the original regulator in place but terminate the wires that run to it in the loom. It will look original but do nothing. I was considering options to use the space in the box to hide fuses/relays. 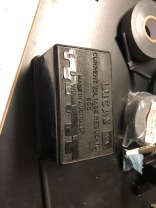 The internals of the regulator were removed and discarded.

Splicing in new power cable. I recommend using flux to get the solder to flow nicely through the joint. My 60w soldering iron didn’t do an easy job of the thicker 6mm cable. I have since bought a 100w soldering iron that makes short work of the heavier cable. 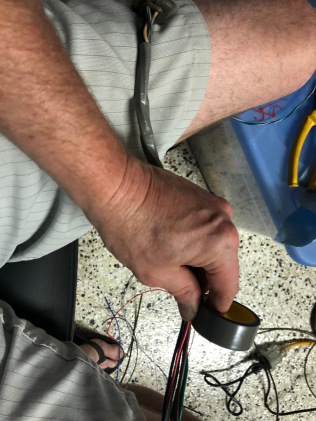 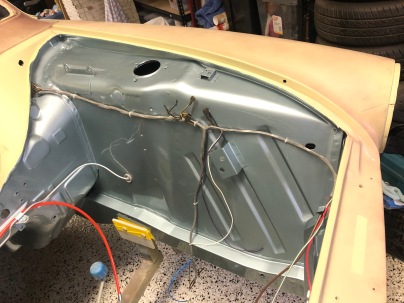 This is the passenger side engine loom in the car for test fitting. New wires run for the alternator and horn that will be terminated at a later stage. I am running new 6mm cable direct from the alternator to the battery (via the solenoid). It will run through the headlight loom and be hidden. Previously this wire ran under the dash and through the ignition switch. 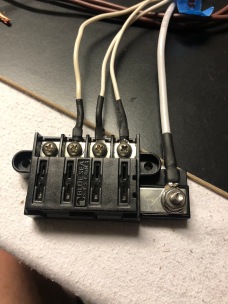 This is the new fuse blocks. Very neat with a common bus. This block will supply fused power to all items that require power when the ignition is turned on, hence the white cables. 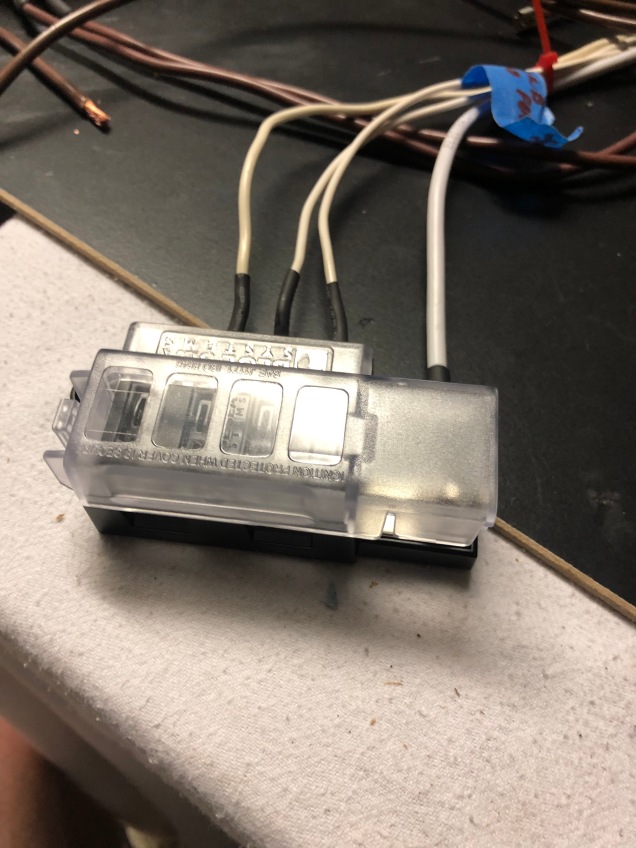 This entry was posted in Electrical and tagged Electrical, Fuse Box, Wiring Loom. Bookmark the permalink.